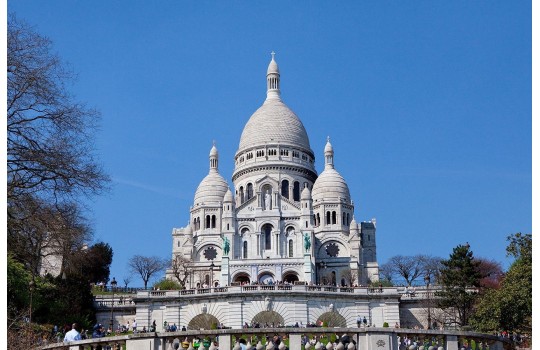 Discover Montmartre and Les Abbesses, their ephemeral art and the steps and mazes of narrow streets, not to mention the trail of the artists who have made this place famous.

Located in the 18th arrondissement, at the top of Montmartre hill, the district of Les Abbesses has an iconic status in the Parisian imagination. Made famous by its painters such as Picasso and more recently by the film with Amélie Poulain, this district remains one of the liveliest in the capital. The route recommended is organised around items of cultural, historic and artistic interest.

Your city guide will take you around "Le Lapin Agile", the cabaret café that was the meeting place of writers and painters, and you will also explore the Place du Tertre that used to be the centre of the old village of Montmartre. A quarter that is historically linked to the Commune de Paris, this excursion will also be an opportunity to revisit some of the insurgencies to which the Sacré Coeur was built as a memorial.

What you will get from this experience:

- Tour of the district through its ephemeral art, back-street mazes, steps and bustling streets.

- Discover the "myths of Montmartre", its cinema and painters

- Trace the Commune's uprising and their final efforts in this district.